Actor Sung Dong-il topped brand value rankings for the month of June, according to the Korea Business Research Institute.

Four factors were analyzed to determine the rankings: media coverage, participation, interaction and community indexes of 100 actors who appeared in dramas from May 11 through June 12. Overall, 229,058,920 pieces of data were examined, which is a 60.61 percent increase in data compared to last month's rankings. 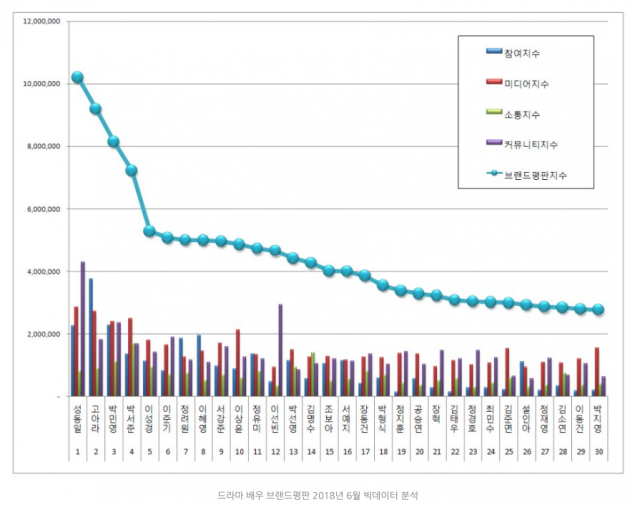 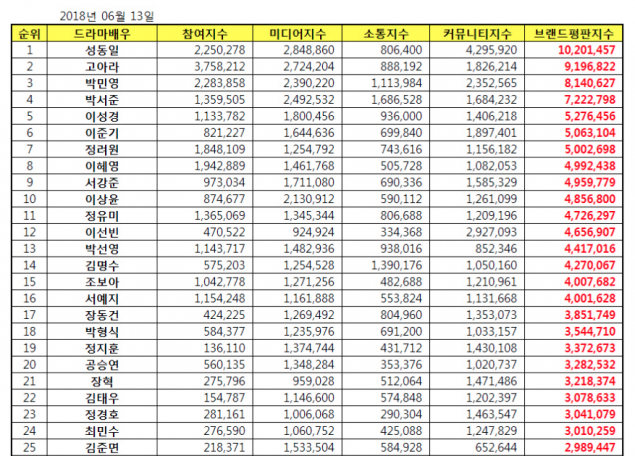