Taeyang, who released his third full-length solo album called "White Night," said his girlfriend and actress Min Hyo-rin is his "muse" who inspires his musical creativity. It was reported in 2015 that the two celebrities are a couple.

"Just as my previous hit 'Eyes, Nose, Lips,' my music can't be free from the influence of my lover," Taeyang said at a press conference in Seoul. "Because she is the person whom I love the most, I think she is my muse."

Taeyang said "Darling" is a love song, denying rumors that the song talks about separation.

"Many people think this song is about separation, but it's actually a song mixed with the feeling of strong love," he said.

"White Night" is Taeyang's first solo work in three years and, just like his other solo albums, the title is related to the sun. Taeyang, whose name means "sun" in Korean, previously released a mini solo album called "Hot" in 2008 followed by his first full-length solo album "Solar" in 2010 and second album "Rise" in 2014.

"For the title of my new album, I could only think about the sun going down, but this phenomenon of a white night popped into my head," he said. "I tried to visualize the feeling of abundant life force to make the basics of my sound." 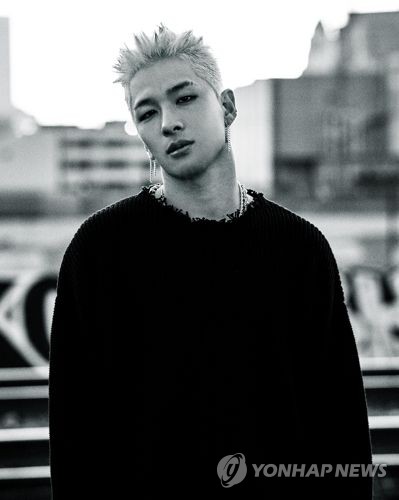 Taeyang said his latest work has more of an R&B flavor rather than hip hop.

"For each of my works, I think I make music that I'm attracted to at that time," he said. "Unlike my second album, many people like R&B, so I was able to do what I want, and that's why this album has more of an R&B sound."

Taeyang's third album also features new composers that present a wide selection of the sound spectrum including disco and electric guitar-leading songs. The 29-year-old singer said he had an "ideal" working environment collaborating with new producers.

"Whichever music you do, I think you can connect with others if you can work with sincerity and have an open mind," he said. "Making a new attempt is good, but whenever I make a new album, I put sincerity as my top priority."

Despite enjoying a successful solo career, Taeyang emphasized that his music is rooted in BIGBANG. He added that members' solo activities have a positive impact on the five-man group.

"My ultimate goal is to see my solo album giving a positive influence to BIGBANG," he said. "I'm still a member of BIGBANG, and I have to try my best."

When asked about T.O.P, BIGBANG's oldest member who was recently indicted for smoking marijuana, Taeyang said he just tried to console the troubled member.

"He regrets his wrongdoings and I think instead of giving advice, I just wanted to console him by staying next to him and listening to his feelings," he said. "We didn't talk about serious stuff, but small things when we met. I thought that would help and give more energy to him."

For his future plans, Taeyang will first start an international tour commemorating the release of his third album. The tour will kick off next weekend at Jamsil Gymnasium in Seoul.

"I feel grateful because it's everybody's dream to meet with fans and perform in various countries after releasing an album," he said. "I feel happy that I'm able to work like this."

Taeyang said he is also ready for his military duty after completing his solo work. All able-bodied Korean men are required to complete at least 21 months of military service before the age of 35 in South Korea.

"I don't know exactly when that time will come, but I have to go when the country calls," he said. "I'm trying to get ready for it." 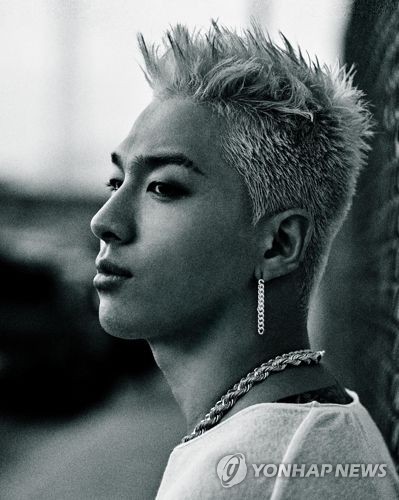