It was revealed that BTOB's Eunkwang and Highlight's Doojoon are in the same military dorm! Photos of the dorm residents were shared and in the middle of the photos were Eunkwang and Doojoon! The two posed for the photos by making a heart together. Upon seeing the photos, netizens have replied that they were glad to see that they're doing okay and how cute their actions were in the photo: "That makes me feel relieved. It looks like they're doing well", "Is this a photo from a music show lol What a coincidence", "lolol they're so cute."

Eunkwang began his military service at the ROK Army's 27th Division ('We Will Win' Unit) back on August 21st. Doojoon entered the same unit as Eunkwang three days later on August 24th. 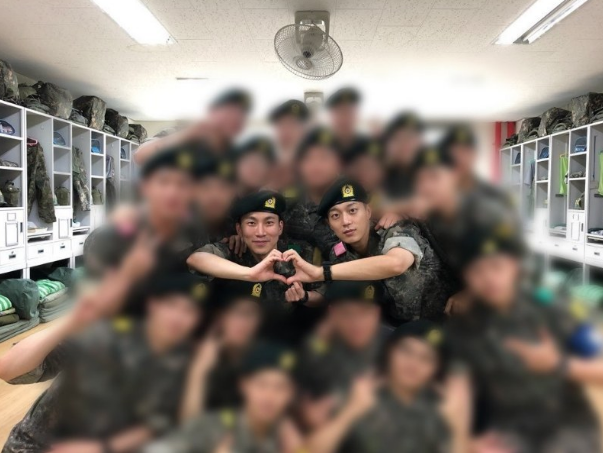 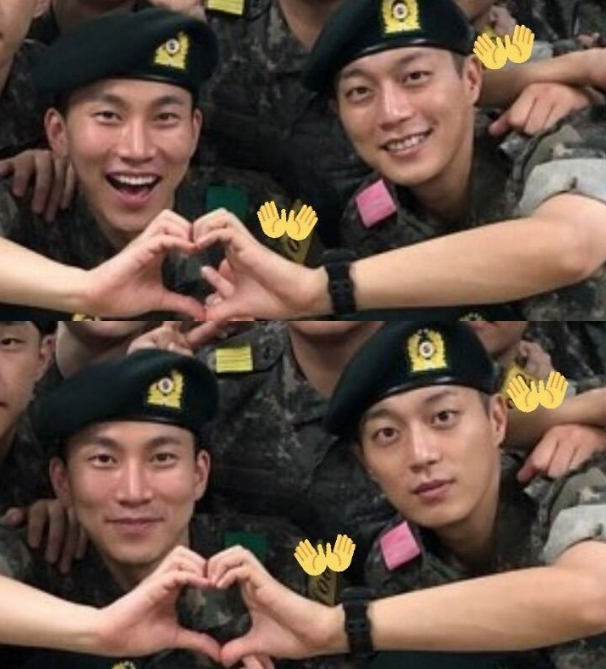