The Korea Institute of Corporate Reputation has released the idol groups' ranking for 'Brand Value'! The institution had taken the data from the month of May, in order to rank the idol groups by their brand value; a total of 200,470,048 pieces of data were examined. It was revealed that BTS was the top idol group in brand value for the month of May with 28,967,969! WANNA ONE and EXO followed respectively as second and third with 19,324,655 and 6,749,586. The list continued with TWICE, BLACKPINK, SHINee, Red Velvet, AOA, Girls' Generation, Lovelyz, SEVENTEEN, INFINITE, WINNER, BIGBANG, Dream Catcher, G-FRIEND, NCT, BTOB, MAMAMOO, Oh My Girl, The Boyz, PRISTIN, Cosmic Girls, MOMOLAND, Sechskies, APINK, B2ST (listed separately from HIGHLIGHT), VIXX, and ASTRO.

Congrats to all the idol groups!! 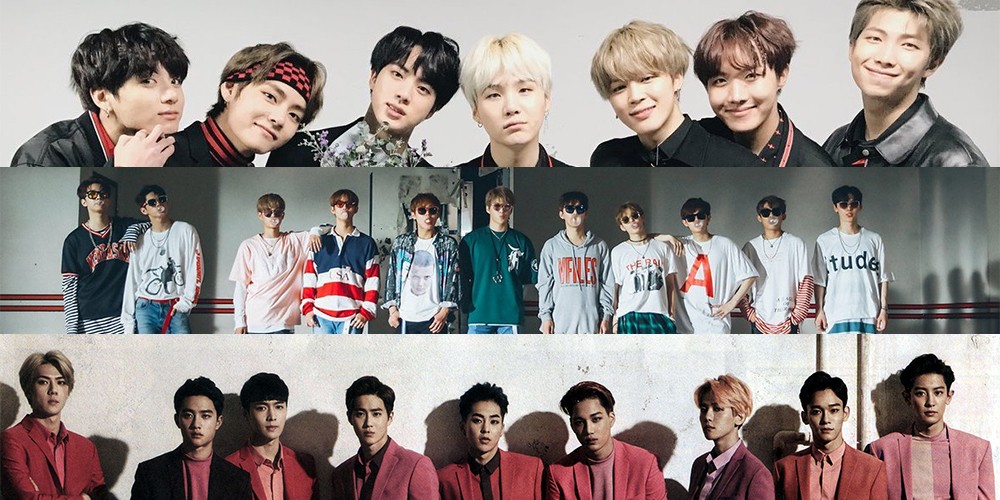