BTS' RM gave out another song recommendation! On Twitter, he uploaded a picture of the cover for 88rising's 'Midsummer Madness' with the caption 'What I listen to when I'm working out these days'. The track features the artists Joji, Rich Brian, Higher Brothers, and AUGUST 08. The summertime track quickly made its way up on Melon charts with ARMYs listening to RM's latest song recommendation! The shoutout eventually reached the ears of the artists themselves; they gave their thanks to BTS through a video where they threw up finger hearts and wore BTS merch.

88rising is also holding their inaugural music festival 'Head in the Clouds' in Los Angeles, starting from September 22nd! In addition to holding their first music festival, 88rising will also be releasing their first group project 'Head in the Clouds'. Artists Rich Brian, Joji, Higher Brothers, NIKI, AUGUST 08 and special guests KOHH and ZION.T are some of the artists involved with the group project! 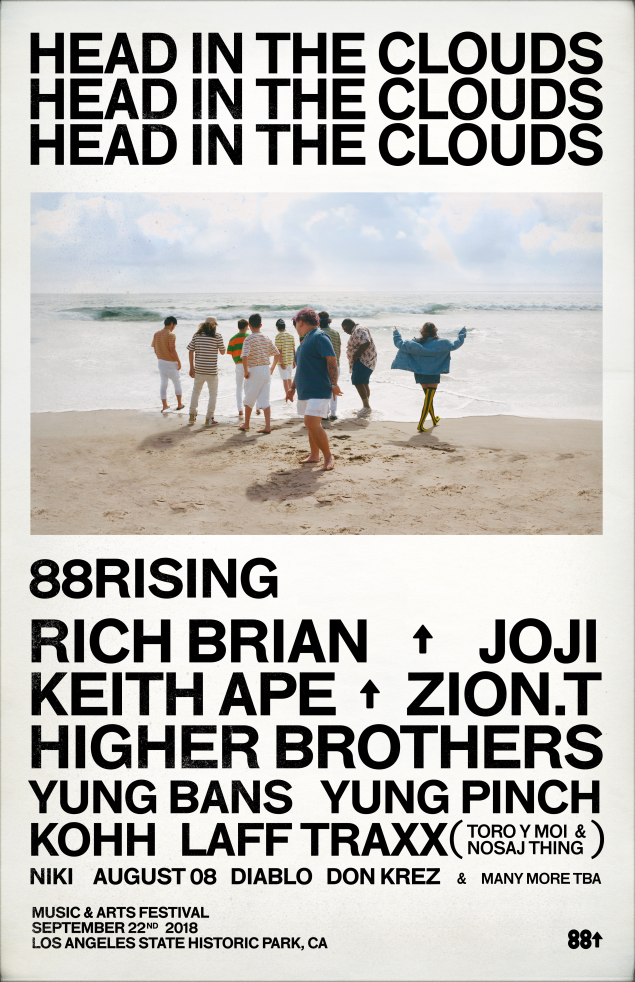