BTS thanks fans for Billboard award

BTS members couldn’t hide their excitement and happiness on Monday’s Naver V app live, which was carried out right after the 2017 Billboard Music Awards.

All seven members shouted that they “won the award,” posing for the camera with the Top Social Artist award.

Before celebrating the win, members gave a shout out to their loyal fans. 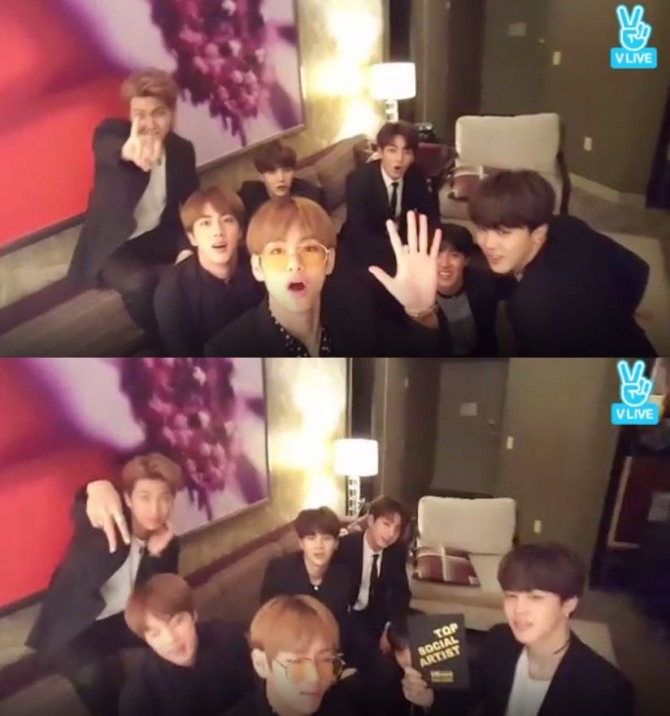 “We won it on the back of you,” Rap Monster said. “You should feel proud of yourselves,” Jimin pointed the camera.

The members clapped their hands and screamed once again.

“We should change the award name to the Top Social ARMY,” Jungkook said, emphasizing their large fan base’s name “ARMY.”

“I knew that we would win the award. I trusted ARMY.” 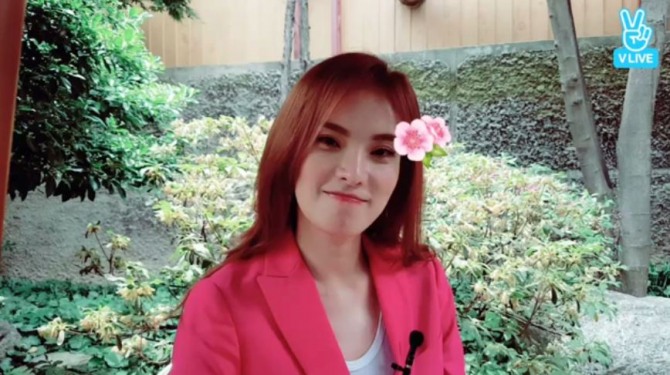 “It’s 12 p.m. so my song is officially released now,” Gummy said, dancing along the first verse of the tune.

“A rapper Boi B wrote the lyrics. The song depicted different viewpoints of man and woman. I tried an old school hip-hop style on the song. How’s it?” asked Gummy. She said she turned the live streaming on to see the reaction of the viewers regarding the song.

“A user Jang Sook-jung wrote ‘Who named the song?’ in the comments,” Gummy laughed since the user was revealed as her mother.

“Mom, all of our staff discussed the title of the song together,” she said.

Gummy also dropped some surprising news. “I’ll shoot a music video today and Kim Jae-joong of JYJ will appear on the video as well.”

Her fifth full-length album is set to be released on June 5. 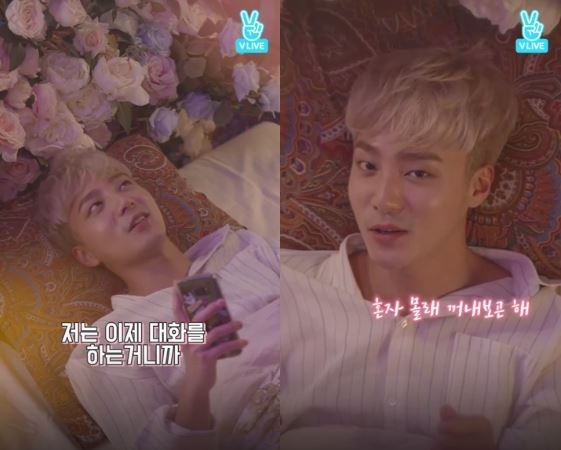 Roy Kim taught his fans how to cheer along his song “Suddenly” via a Naver V app live broadcast on Monday.

“I made the cheer guide, so all of you guys should learn how to do it,” Kim said.

He demonstrated the cheer by himself. “When I sing ‘Are you?’ you should say ‘Yes!’”

As a viewer left a negative comment on the cheer guide, Kim showed some sympathy.

“I know. The conversation type of cheer must be quite awkward for you since the fans of other groups usually shout member’s name on proper timing when they cheer.”

Kim confessed that he wanted to become a singer who actively communicates with his fans. “I wanted to show others that I can talk with my fans while I sing a song,” Kim said.