A former top aide of ousted president Park Geun-hye was sentenced to three years in jail on Thursday for running a list of culture figures critical of the government that barred them from state support.

The Seoul Central District Court doled out the sentence to former presidential chief of staff Kim Ki-choon after finding him guilty of abuse of power and perjury.

But Cho Yoon-sun, who served as the culture minister under the Park administration, was acquitted of her charges related to the so-called cultural blacklist and was released from prison after the court gave her a one-year jail term suspended for two years. The court found her guilty only of lying before the parliament at a hearing on the blacklist scandal last year. 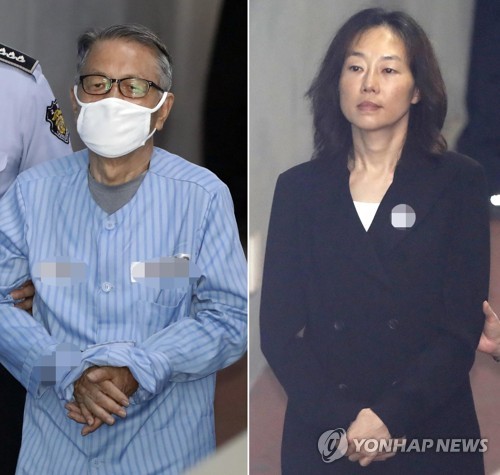 The special counsel team investigating the case demanded seven years in prison for Kim and six years for Cho in the final hearing on July 3.

The court also sentenced five other former ranking government officials to 18 months to two years in jail, with some on probation, for their involvement in creating and managing the blacklist.

Former vice culture minister Chung Kwan-joo and ex-presidential aide Shin Dong-churl were sentenced to one year and a half in jail each.

The artist blacklist is part of a massive corruption scandal that removed Park from office in March. Kim and Cho were indicted in February for masterminding the creation of a register of nearly 10,000 artists, writers and filmmakers deemed unfriendly to the conservative administration. Those on the list were denied state subsidies. The accused have maintained their innocence. 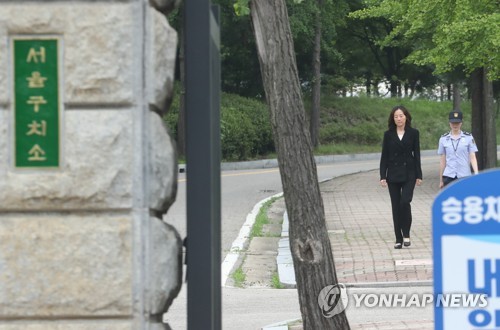 The court ruled that the deliberate exclusion of media and cultural figures corresponds to abuse of authority for whatever the cause and such a series of criminal deeds goes against the Constitution. But it cleared former chief of staff Kim of coercion citing a lack of evidence.

"The defendant used his immense power to orchestrate and order an execution to deny support for arts and culture figures, in a discreet and tenacious manner," the judge panel said. "And yet he has continued to try to avoid the responsibility by denying his involvement or insisting that he has no recollection of it."

The prosecution has claimed that Kim, 78, instructed ministry officials to draw up the list of media figures to keep watch on them. He then pressured those into quitting their jobs or demoted them if they refused to take part in the scheme, it said.

Kim has argued that he had no knowledge of the blacklist and the selective state funding for artists and media is inevitable in any government given the limited budget. Kim was in office from mid-2013 to early 2015.

The court refused to admit his argument, saying that any government policy requires transparency and the blacklist lacks rationality to be considered reasonable.

On Cho's verdict, the court dismissed the prosecution's claim that she actively took part in the scheme, citing insufficient evidence. Part of her charges included blocking the screening of a documentary that blamed the government for a 2014 ferry sinking that killed more than 300 passengers.

Cho served as the presidential secretary for political affairs from June 2014 for about a year and became the culture minister in September last year.

The prosecution has included Park and her lifelong friend Choi Soon-sil as co-conspirators in the blacklist case. They believe Park at least knew about the blacklist and Choi peddled influence against some artists and culture figures through Park.

The disgraced ex-president is standing trial on a string of charges including taking bribes from Samsung, alongside Choi, accused of colluding with the ex-president.