Business seems to run through G-Dragon's veins with the announcement of the opening of his new cafe on Jeju Island. Even in the short time before his enlistment, he's still busy with business opportunities. 'GD Cafe' is set to open on February 25th, two days before his enlistment on the 27th. Despite him being on his break after Big Bang's concert at the Gocheok Sky Dome, he was reported to be seen in Jeju Island in order to oversee the last few touches before the opening of his cafe. It's said that he had a hand in designing the cafe from its interior to its exterior and its concept, even bringing in his own personal items to decorate. The cafe also doesn't just stop at being a cafe with its inclusion of a bowling alley. The bowling alley won't be opening until March, but the cafe's opening is set for February 25th.

Will you be going to his cafe? 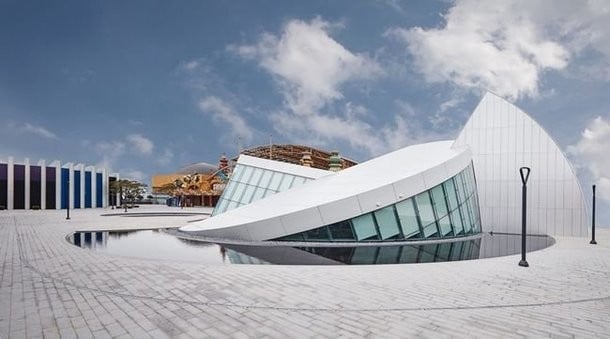