'Game of Thrones' actress Maisie Williams revealed herself to be a fan of BTS!! A fan had mentioned her in a quoted tweet of BTS' Dance Line doing their '#IDOLCHALLENGE' to which she had responded with hearts. Upon seeing her reply to the tweet, another fan had quickly asked Maisie if she was a BTS stan. Maisie responded, "Yes, I stan BTS for life." After the affirmation, the conversation led to the question of who her bias was. It looks like the Golden Maknae isn't Golden for nothing with how Maisie had named Jungkook to be her favorite within the group! 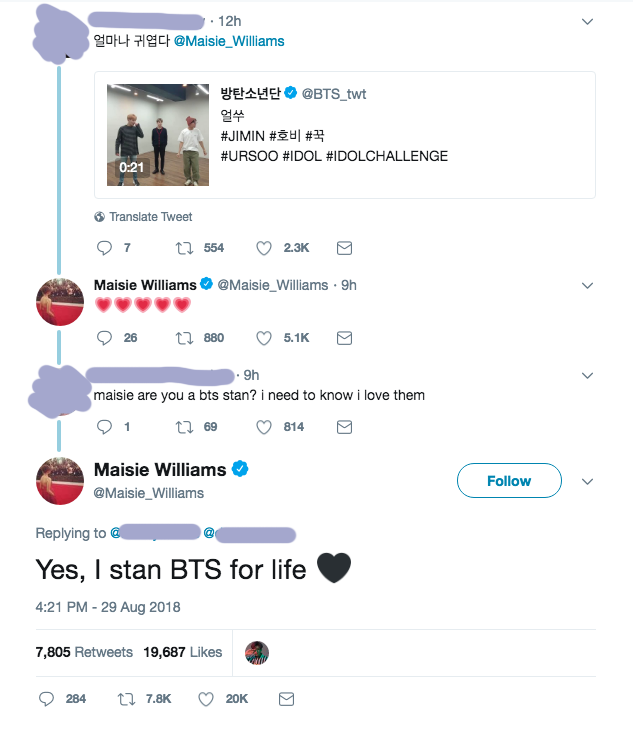