GOT7 shares that they're better received overseas than in Korea

GOT7 had revealed in an interview they had with 'TVReport' that they're better received internationally than domestically. The group had sat down for an interview in order to promote their album 'Eyes on You' and more. After talking about their goals for the recent album, they shared that the levels of popularity they had overseas and in Korea were different: "In reality, we're receiving better feedback overseas than in Korea. The international members tend to be more popular when we go to their homeland. We also think that we're more popular internationally because we can communicate with our international fans. Thankfully, our fans love all of us, instead of individual members." They held on pridefully to the fact that they were able to communicate with their fans without the need for an interpreter.

They also expressed their goals for the future: "We have the desire to go even higher. Even though we're lacking in some aspects and make mistakes, we're confident in our skills. We're going to aim higher with a positive mind instead of with a discouraged mind because we still have room to grow higher." 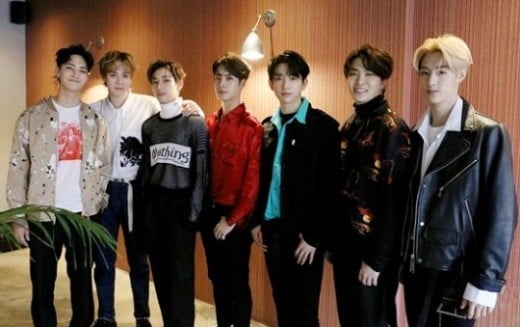