iKON released their second title poster for their upcoming comeback with 'New Kids: The Final'! They ended up taking a mature look, dressing up semi-formal wear. The poster reveal details of their comeback; the title track 'Goodbye Road' of their 2nd mini-album 'New Kids: The Final' is revealed to be composed by B.I, Future Bounce, and Bekuh Boom with the lyrics done by B.I and Bobby.

This album will be released on October 1st and will mark the last of their 'New Kids' album series. 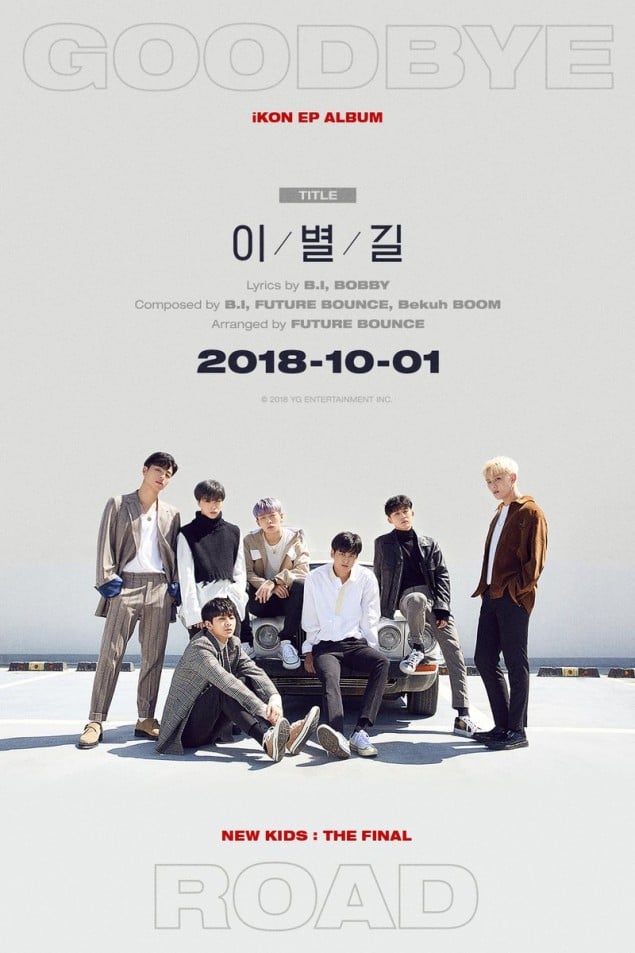