Korean baseballers looking to play in the U.S. can now negotiate with any club in Major League Baseball. 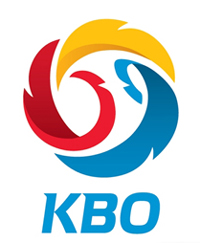 The Korea Baseball Organization and the Major League Baseball have agreed to revise the player transfer system, the KBO said on Thursday.

Until now, Korean players who wanted to transfer to the MLB had to go through the posting system, in which the MLB held a silent auction to win the exclusive rights to negotiate with a posted player for 30 days.

When a KBO team accepted the winning bid, the player was free to negotiate with the highest-bidding MLB club. And when the MLB club concluded a deal with the posted player, the player's KBO team received the bid amount as a transfer fee.

Under the new system, however, a player can request that the KBO post him during the agreed period from Nov. 1 to Dec. 5 and negotiate with any MLB team that expresses an interest. As for a transfer fee, the player's team will receive a certain percentage of the total value of the contract from the MLB club the player signs a deal with.