Man raped stepdaughter and her friends

The police are hunting for the man who allegedly raped his stepdaughter and her friends after injecting with an unidentified substance.

According to the Busan district police, Thursday, the man had allegedly tricked the high school students into thinking that the drug will help them shed weight.

The stepdaughter told the police that the man took her to a motel room around the end of 2015 after offering to take her to a massage parlor. She was sexually assaulted. In early 2016, the man once again took her to a motel room, this time injecting her with a shot that was “good for women on a diet,” and sexually assaulted her. She told the police she was unable to protest under the drug’s influence. 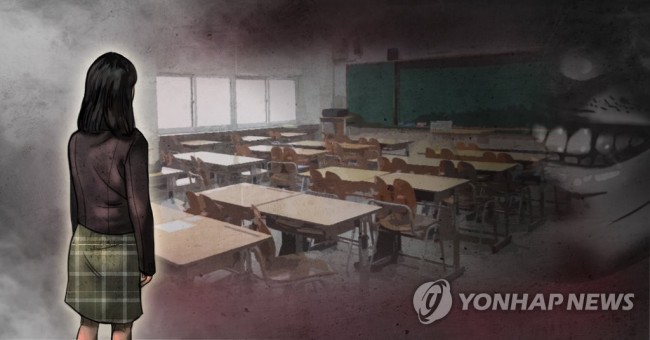 The victim kept quiet, fearing what happened would shock her mother and trigger revenge from the man. In May she learned her friends had also been victims.

One of the stepdaughter’s friends had taken the shot described to help shed weight when she had gone over to her house to hang out. She was allegedly taken to a motel room by the man and assaulted. Two other high school friends of the stepdaughter had received text messages from the man, saying, “You resemble my first crush,” “Let’s be in an intimate relationship,” several times.

The students, fearing the man, had kept silent. It was only this May that they alerted their school teacher of what was happening. The man disappeared shortly after the police investigation began. He has been on the run for three months now.

The victims are reporting distress due to fear of revenge from the man. The police‘s visit to the school also leaked information of what had happened to the school students, causing the victims significant psychological distress.