North Korea will send 12 athletes and 10 officials to the International Shooting Sport Federation (ISSF) World Shooting Championships in Changwon, 400 kilometers southeast of Seoul, from Aug. 31 to Sept. 15, according to the organizing committee. It said North Korea completed its registration last Thursday and will be represented in 14 events.

The ISSF had announced North Korea's participation on July 5, without specifying how many athletes will cross the border.

During an inter-Korean sports meeting in Pyongyang earlier this month, the North also expressed its intention to compete at the ISSF's signature event.

The North Korean delegation will be led by Kim Song-guk, the 2016 Olympic bronze medalist in the men's 50-meter pistol.

Of the 12 North Korean shooters, five are male and seven are female. And half of the dozen have never previously competed at an international event.

"With North Korea's participation, our world championships will generate more interest and allow us to send a message of peace," said Huh Sung-moo, mayor of Changwon and co-president of the organizing committee, in a press conference in Seoul. "I have no doubt that this competition will help build peace and raise our national status."

According to the organizing committee, about 3,800 athletes and officials from some 120 countries are expected to participate. 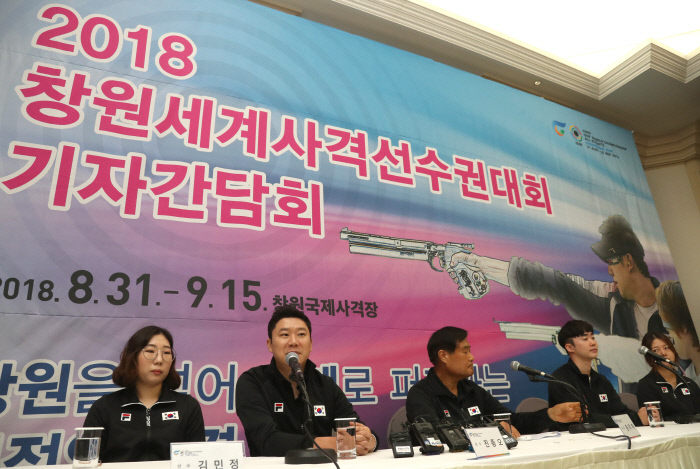