N. Korea Stands up U.S. Over Return of Soldiers' Remains

North Korean officials failed to show up to talks with American officers on Thursday about repatriating the remains of U.S. soldiers killed in the Korean War.

Kim Jong-un promised to return them in his summit with U.S. President Donald Trump in Singapore on June 12, but some 100 caskets the U.S. delivered have been waiting at the border since June 24.

Five UN Command officers representing the U.S. arrived in a meeting room of the Military Armistice Commission in the Joint Security Area around 10 a.m. But no North Korean officials showed up, nor did they send a message until 2 p.m.

When the UNC finally made a phone call, the North Korean side abruptly counterproposed a round of talks between generals "to upgrade the level of the issue." The fresh talks are slated for Sunday. 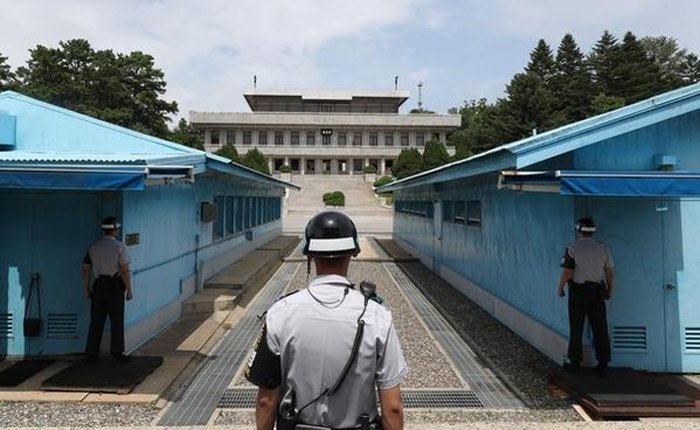 So far the U.S. has been unable to make any progress on either denuclearization of North Korea or the return of the soldiers' remains, which Trump touted as the main achievements of the summit.

U.S. Secretary of State Mike Pompeo flew to Pyongyang last week but was snubbed by Kim and achieved no substantive progress in talks with Kim's right-hand man Kim Yong-chol. He announced the date of the border meeting on leaving Pyongyang but may have been trying to force North Korea's hand.

"It's possible that Pompeo proposed July 12 as the date for the meeting and then hastily made it public without confirmation from Pyongyang," a diplomatic source said.

Pyongyang had made no official statement on the date, but it seems unlikely that the U.S. officers went to the border without being fairly sure that someone would turn up. More likely is that Pyongyang is trying to drag things out as long as possible to gain leverage in denuclearization talks.

There is a wide gap in views between Washington and Pyongyang over the scope and compensation of the repatriation. Some 443 bodies of American war dead were handed over to the U.S. between 1990 and 2007, and the U.S. paid Pyongyang about US$50,000 each.

Reports said that the U.S. called for the immediate repatriation of 200 more while the North insisted on sending only 30 to 50.