A North Korean soldier on Saturday morning defected to the South by crossing the military demarcation line on the eastern frontline by sauntering past an unmanned guard post.

It was the first defection by a North Korean soldier since the two sides demolished or removed 11 guard posts each in the demilitarized zone under a September military agreement to ease tensions.

The defection took place near Goseong, Gangwon Province where the North demolished its guard post but the South decided to preserve one for its historical value but left it unmanned.

No shots were fired, nor was any unusual North Korean activity reported. The soldier "is presumed to be in late teens or early 20s," a government official here said.

A source said, "Border guards first spotted the defector in an area south of the guard post just a few hundreds of meters north of the wire fence." "If the post had been manned we could have spotted him much sooner," a military officer said.

In October 2012, a North Korean soldier crossed the three-layered barbed wire fence along the border and knocked on the door of South Korean border guards' barracks. Last year, 15 North Koreans defected to the South on different occasions across the MDL. 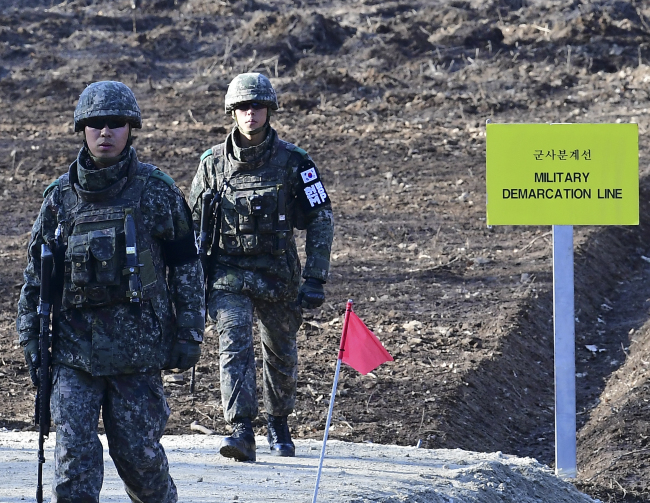