No evidence of money from Kaesong complex being used for N.K. Nuclear Weapons

In February 2016, Seoul shut down the Kaesong Industrial Complex in response to the North's nuclear and missile tests, saying the move is aimed at preventing the money from being funneled into North Korea's nuclear weapons and missile development.

"For now, there is no evidence to support views that the money generated from the factory zone was converted to (North Korea's nuclear and missile programs)," the senior official said, asking not to be named. 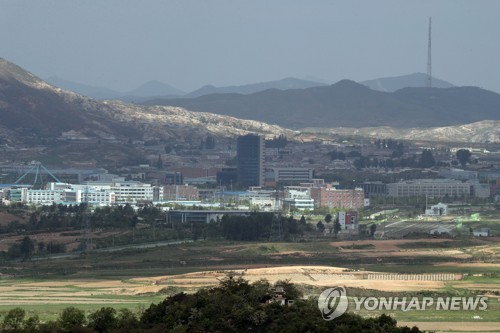 The government under President Moon Jae-in's predecessor said that since the establishment of the complex in 2004, around US$560 million in total has been provided to North Korean workers at the factory zone, including $120 million in 2015 alone.

How income is provided to North Korean workers at the complex has been under the spotlight due to the possibility that it may violate U.N. sanctions resolutions on North Korea.

South Korea's unification ministry earlier said the resumption of the industrial park would hinge on progress in the resolution of North Korea's nuclear and missile problems.

A resumption of the complex could spur a dispute over South Korea's possible violation of international sanctions.

The senior government official also struck such a view, though he said there is no specific evidence about the wage's possible conversion.

"(For the resumption of the factory zone), there needs to be (the resolution) of North Korea's nuclear issue and a turnaround in strained inter-Korean ties," he said. "We need to comprehensively take into account such factors (for the re-opening)."