U.S. President Donald Trump on Tuesday accused North Korea of torturing an American college student "beyond belief" before he died earlier this year.

Trump made the comment on Twitter in reaction to an interview given by the parents of Otto Warmbier, the University of Virginia student who died in June after returning home in a coma following months of detention in the North.

"Great interview on foxandfriends with the parents of Otto Warmbier: 1994-2017," the president wrote. "Otto was tortured beyond belief by North Korea."

Warmbier was arrested in Pyongyang in January 2016 after allegedly stealing a propaganda poster from a hotel.

North Korea claimed he fell into a coma two months later due to botulism and a sleeping pill, but doctors in the U.S. found that he suffered from severe brain damage.

The U.S. has since imposed a travel ban on Americans traveling to the communist nation, citing serious risks to their safety. 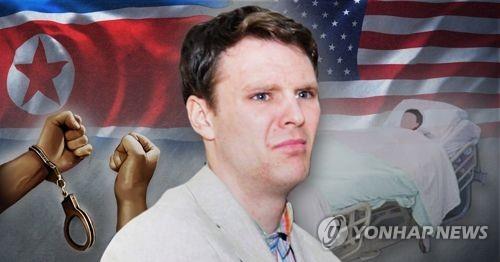