Korea is well-known for its K-Pop and Entertainment Industry. But it is also known for it's delicious and savory food. However, there is another side of Korean foods that are very "exotic" to the outside world.

So in this multiple part series, we will be going down a list of "exotic" Korean foods that foreigners, and even Koreans, may not find so "delicious", but is definitely something that is a must try.

Silkworm larva is a unique Korean snack called beondaegi. It is commonly found in street vendors around Korea, which is served in a cup, and also can be found canned in markets around Korea and Korean markets in the United States. 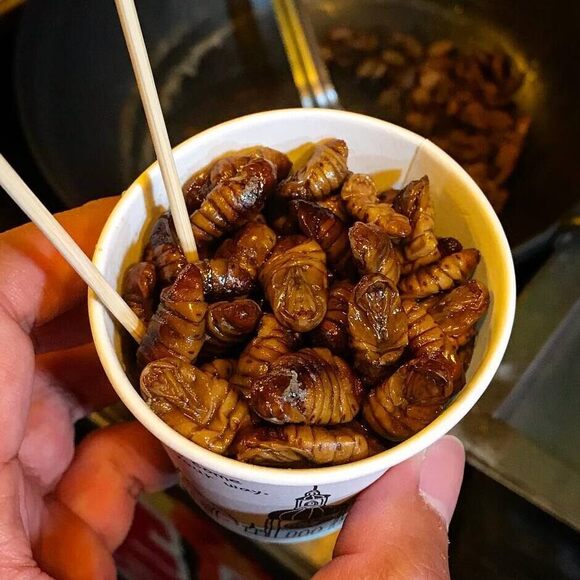 You don't really see this kind of snack or food in American cuisine, so many people who did not grow up eating it may find it off putting and/or outright gross. Some Koreans who grew up in Korea don't even like it.

Although I myself have tried it once, I would never put these critters anywhere near my mouth ever again. However, I would say that it is something everyone must experience because it's just outright exotic and it's funny when you see you and your friends' faces and expressions as you eat these critters.

Well that's it for this episode's exotic food. Let us know below if you have ever tried these exotic critters and if you like them or outright want to throw them in the garbage.

Until next time, keep your stomaches prepared for our next exotic food.