Park Geun-Hye has been arrested for illegal surveillance!

One of ex-President Park Geun-hye's top aides has been arrested for his suspected involvement in illegal surveillance by the country's intelligence agency. The Seoul Central District Court approved an arrest warrant early Friday morning for Woo Byung-woo, the former presidential secretary for civil affairs. 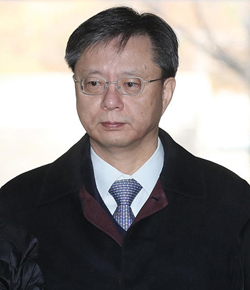 Woo is accused of ordering the National Intelligence Service to keep tabs on civilians and prominent opposition figures under the Park administration. His arrest comes on the third attempt by prosecutors to secure a warrant, after their two previous efforts were rejected in February and April.