Shanghai authorities on Wednesday lifted a ban for some travel agencies on selling group tours to Korea, bringing the number of Chinese regions that now permit them again to five. The others are Beijing, Chongqing, Shandong Province and Wuhan.

The Chinese government instituted an unofficial boycott of Korean products and services last year after the U.S. stationed a Terminal High-Altitude Area Defense battery in Korea.

Tourist numbers from China are already rebounding, and the industry hopes that other regions will follow suit.

According to travel agencies in China and Korea on Thursday, the Shanghai city government allowed four travel agencies there to sell group tour tickets to Korea and apply for group visas without prior permission from the China National Tourism Administration. 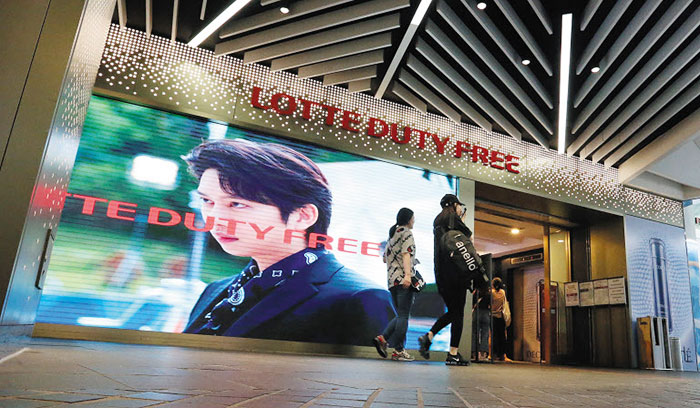 But a ban on online sales, chartered flights and cruise ship tours remains in place. The city also keeps banning tour organizers from using hotels, duty-free shops and other commercial establishments of the Lotte Group, which provided the land to station the THAAD battery.

Korean tourism industry insiders said the latest measures will not lead to a drastic surge in Chinese tourists since China's biggest online travel agency Ctrip is still not allowed to sell group tours to Korea. But Shanghai accounts for more than 25 percent of total Chinese outbound travelers, so the move is cause for optimism.

Industry insiders here are cautiously hopeful that the easing of the ban will spread to neighboring Zhejiang and Jiangsu provinces.

The number of Chinese tourists has been gradually recovering this year led primarily by smaller groups or individual travelers. In April and May, numbers recovered to between 360,000 and 370,000, surpassing 400,000 last month.

A staffer at the Korea Tourism Organization said, "It's difficult to say exactly when the number of Chinese tourists will return to previous levels, but the latest developments are a good sign."