SHINee was originally to be a hip-hop group?

There's no doubt to SHINee fans that the group is extremely skilled at singing, but Key throws everyone for a surprise with his recent reveal on 'Keyword #BoA'. On the March 14th episode of the show, Key surprised BoA by stating, "Did you know that SHINee wasn't originally a vocal group? We all sucked at singing." He continued on, explaining that, "We were planning on rapping with a little bit of vocal. One of the candidates for our debut song was 80% rap and 20% vocals." SHINee ended up not going that direction because of their lack of swag and Lee Soo Man's opposition to the rap song. With the rap song not making the cut, their debut song ended up being 'Replay'. He continued on with, "We ended up matching our skills to 'Replay'. We were so worried when we first got the guide track, but we were gradually able to match as we worked on it." 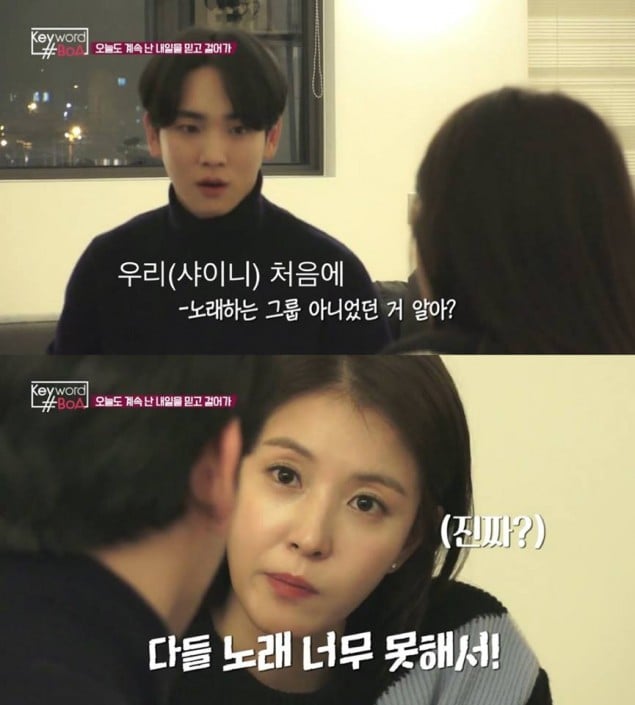