The top diplomats of South Korea and Canada discussed the recent release of a Canadian detainee in North Korea and their countries' joint efforts to achieve the peaceful resolution of North Korea's nuclear problems during a phone conversation on Thursday, the foreign ministry said. Canadian Minister of Foreign Affairs Chrystia Freeland informed Foreign Minister Kang Kyung-wha of the details of the Canadian national security adviser's trip to North Korea last week. The trip led to the freeing of Korean-Canadian pastor Lim Hyeon-soo from his captivity of more than two years in North Korea, according to the Ministry of Foreign Affairs. Kang welcomed the release while bringing up the issue of South Korean prisoners held by North Korea. 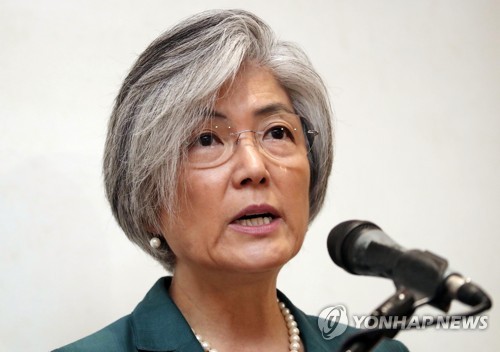 "The international community, including Canada, needs to issue calls on the North Korean regime to return all the detainees back to their families," Kang told her Canadian counterpart. Freeland said Canada is always ready to do whatever it can to help with the issue, according to the ministry.

During their 20-minute conversation held at the request of the Canadian side, the ministers also shared their understanding that efforts should be doubled for a peaceful resolution of North Korea's illegal nuclear weapons development while international sanctions and pressure should be continued to deter the North's provocations. The Canadian minister expressed unswerving support for South Korea's efforts on the issue, the ministry said.