The Ministry of Culture, Sports and Tourism, and its affiliate the Korea Creative Content Agency (KOCCA) celebrated the opening of Studio Cube in a ceremony attended by central and local government officials led by Culture Minister Do Jong-whan and film industry figures. 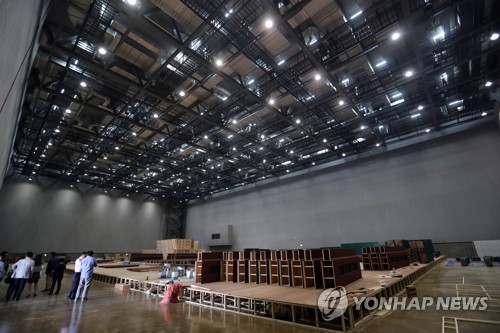 Located in the EXPO Science Park in Daejeon, 164 kilometers south of Seoul, the state-run facility is a two-story building with floor space of 32,040 square meters. It cost 79.7 billion won (US$70.23 million) to build.

The ministry expects the creation of the studio with large-scale filming capabilities will enhance the competitiveness of domestic TV dramas, in particular, which stand at the center of the Asianwide boom of Korean pop culture known as "hallyu."

The facility is equipped with Studio A, a supersized general sound stage of 5,000 square meters. The studio is more than double the size of Wonbang Studio, Gyeonggi Province, which was previously the largest of its kind in the country.

Studio Cube also has three more general studios; a studio with special sets like an operating room, a courtroom, a jail and an airport; and a special effects studio, as well as state-of-the-art production equipment and ancillary facilities related to filming and shooting dramas.

The KOCCA that operates Studio Cube spent some 4 billion won to purchase the special equipment.

As the news on the new film studio equipped with state-of-the-art facilities and equipment spread quickly, it has already become a popular spot for film and drama productions. 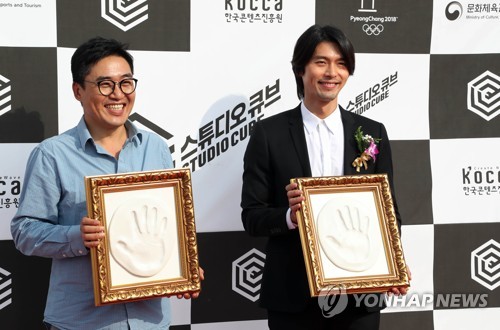 "Black," a new OCN TV series led by Song Seung-heon and Go A-ra, was being filmed for release in early October.

Studio officials said they have received a flood of reservation calls from television stations and film companies for about 20 movies and dramas next year.

"We'll devote our efforts to secure the competitiveness of the broadcasting industry by establishing video production infrastructure like large studios that are hard to draw investment from the private sector, and to make Studio Cube a mecca of 'hallyu' content production," said Lee Young-jae, who is in charge of content promotion at the KOCCA.

"We'll also consider turning sets for films and dramas to be shot here into tourist attractions through consultations with their production companies," he added.