Take a look at the celebrity friendships of BTS member V

Recently on September 18, actress Ha Ji Won posted a photo of her having brunch together with V, which attracted much attention in light of BTS' comeback with ''DNA''.
2. Actor Park Seo Joon
Starring together in KBS 2TV drama 'Hwarang', actor Park Seo Joon became well-acquainted and established a brotherly bond with the popular idol star. The two recently went to the theaters to watch 'Midnight Runners' and enjoyed a bromantic movie date.
3. Actor Park Bo Gum
Actor Park Bo Gum and V are known to be best friends. They first met while MCing on KBS 2TV 'Music Bank' and were spotted taking public transportation and hanging out at the amusement park. The two handsome stars also enjoy traveling together and we fans also love seeing them in one frame.
Park Bo Gum + V = the greatest eye candy. Just take a look at their photos from the Jeju Island trip. We appreciate this friendship.
4. 'Produce 101's Jang Moon Bok
Having attended the same high school in Daegu, 'Produce 101's Jang Moon Bok and V quickly became good friends regardless of being in different classes.

In a previous interview, Jang Moon Bok revealed the awkward(?) first encounter, "I bumped into him in the restroom. We were in different classes but the restroom was located on the middle floor. Out of the blue, V told me he watched 'Superstar K'. At first, I was a bit flustered by his abrupt appearance however we got close afterward."
5. BTOB's Sungjae
ARMYs are aware that BTOB's Sungjae was the first to become friends with V since his debut. The two met inside a restroom (there's something about restrooms) during KBS 2TV 'Music Bank' when Sungjae said, "Hey are you a 95er too? Wanna be friends?"
6. ZE:A's Hyungsik
Meeting on the set of KBS 2TV 'Hwarang', V frequently visited the ZE:A member's home. 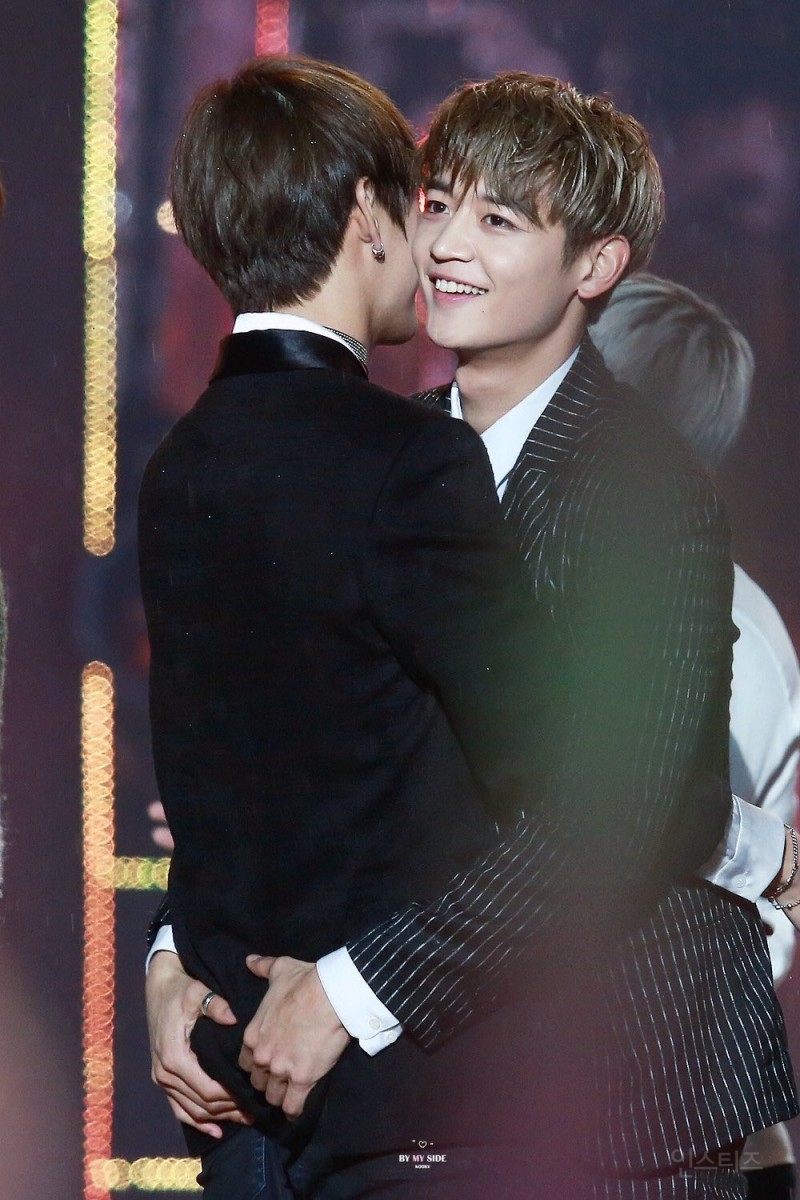 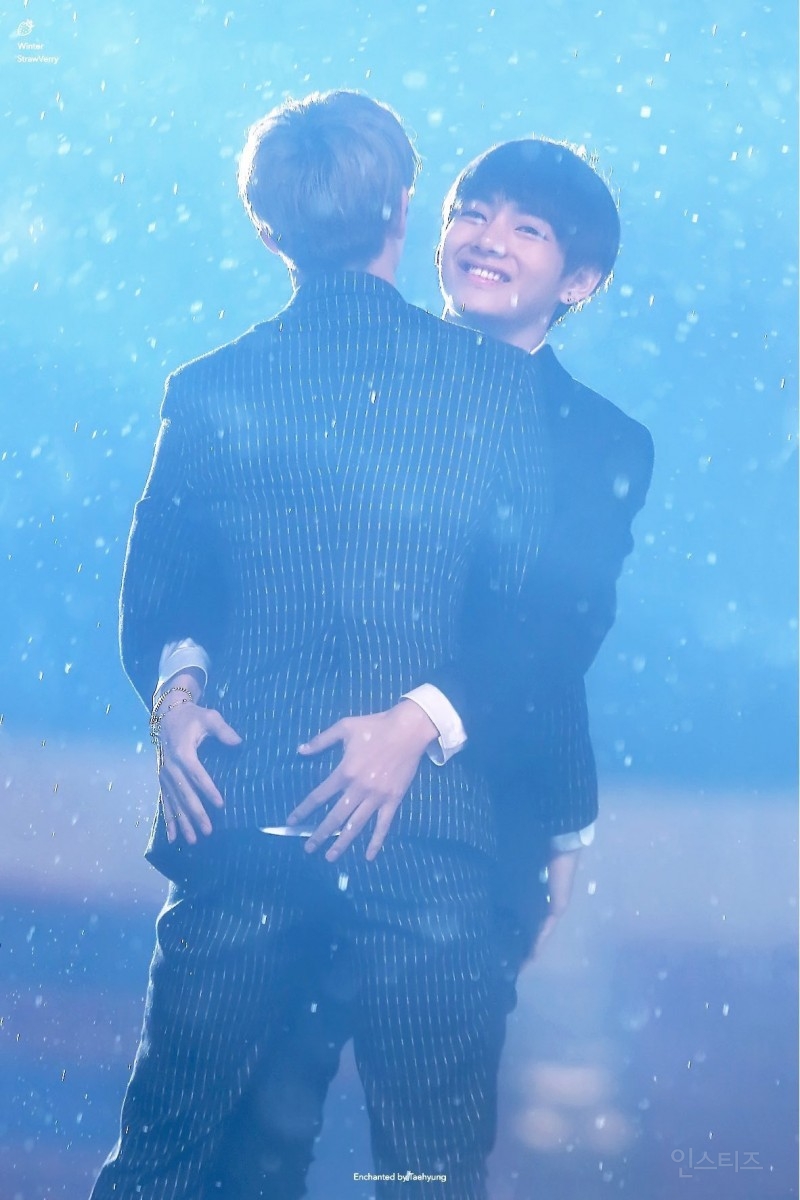 8. EXO's Suho and B.A.P's Himchan
These three have a bromance! Back in 2015, the three handsome idols got together and Himchan wrote, "My old friend Junmyeon (Suho), and my new dongseng who I've become friends with, Taehyung (V)."