A place to explore and relax is the best part of a vacation. When there is free time many residents like to visit their local attractions and melt away their worries. College students and couples love to explore the many fun attractions to clear their minds and enjoy nature. For this Tour of South Korea, you will be introduced to the popular vacation spots of Chuncheon.

Chuncheon is part of the Gangwon-do province with about 300,000 citizens. It is encircled with bodies of water that house several attractions. Not too far from Seoul, it is the perfect place to get away from the bustling city and breathe in fresh air that Chuncehon has to offer. 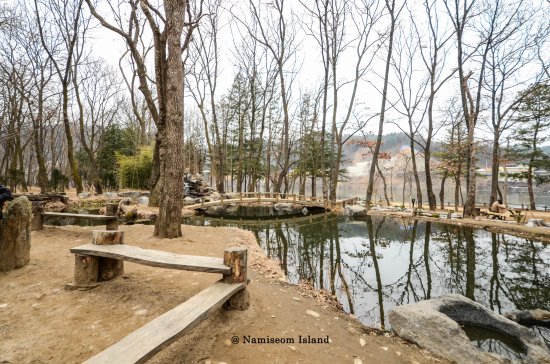 Known as Namiseom island, this island houses the grave of General Nami who led and won a battle against rebels during the Joseon Dynasty. Gorgeous chestnut trees and others alike follow along the road while a long path of grass sits in the center of the island. There are water sports, swimming pools, and facilities to use and rent. A theme park, shooting range, and roller skating rink are also attractions for tourists in the island. It is about 30 minutes from Chuncheonho and an hour from Seoul. Admission and parking is free with some free activities as well. Interpretators for English, Japanese, and Chinese are available. 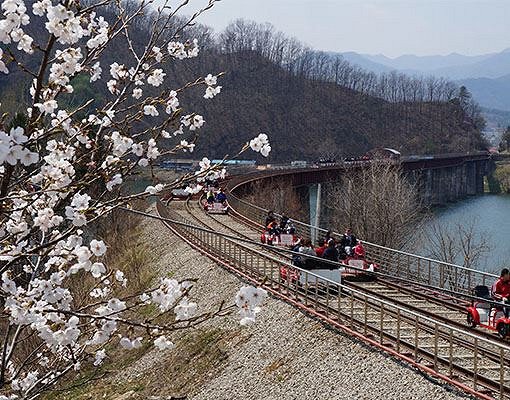 The rec area is a hidden gem along the Bukan River. On one side is the Bongwhasan Mountain and on the other the Samaksan Mountain, which creates a wondrous scenery in any angle. The train station sits close to the entrance which makes traveling simple. Many young people visit for its energetic activities offered such as: bicycle paths, bungee jumping, mountain biking, and hiking. Gugok Waterfall can be visited from one of the bicycle routes. Gangchon Recreational area is a perfect place all year round with its cool air and magical frozen icicles. 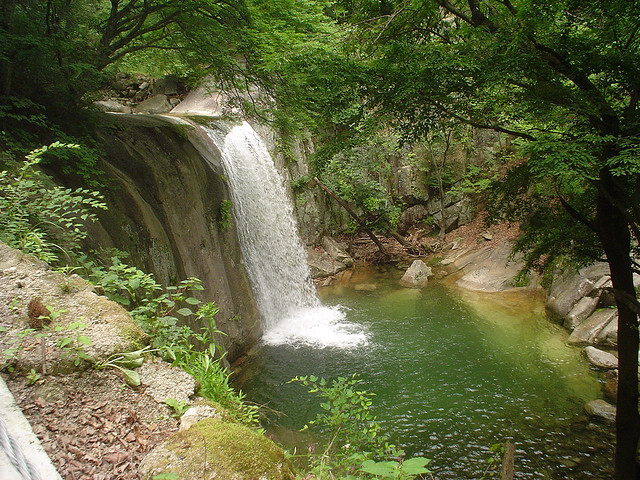 Jungdo Island were the islands that were built during the construction of Uiam Dam. The island is not too far from downtown Chuncheon, many locals like to visit the island to get away from the jumble of the city. There is a large grass area where people can walk and bike. Campgrounds allow visitors to stay longer than a day. There is also famous filming locations throughout where popular dramas and movies were filmed. 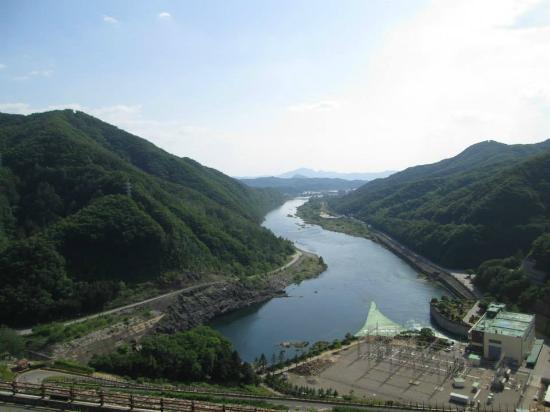 This is noted as the largest rock filled dam throughout Asia. It is a linkage that connects other cities together. As a man-made lake, also known as the ‘sea inside the land’, it has a fishing farm that houses over 50 different kinds of freshwater fish. Cheongpyeongsa Temple and Mt. Obongsan can be seen. There are several captivating areas to visit around the area with a ferry transporting visitors from one point to another.

In the center of downtown Chuncheon, there is an assorted variety of fast food places, theaters, clubs, stores, markets, and interesting people. The underground shopping districts are the most popular attractions to see. Somewhere along the street were part of shooting locations for some popular dramas.