On this broadcasted day, there was a group of multinationals that were split into a men’s team and women’s team. Both groups had to listen to the beginning of the song and solve the quiz. The fierce music lead to a big gap among both teams. The men received a score of 820 points whereas the women received 890 points. 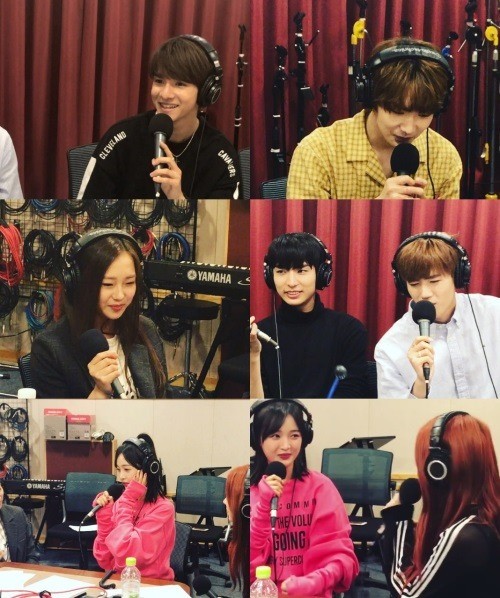 However, when IU’s song, ‘Good Day’ came out in the quiz, the women’s team obtained 490 points. Afterwards, a Cosmic Girl’s live song came out and the boys managed to score an additional 300 points which summed their points to 820 and overall, narrowing the gap. Lastly, Cosmic Girl’s Xuan Yi guessed the last song which belonged to Boa and scored them a total of 100 points and gave the women’s team the win with a total of 890 points while the men received a total of 820 points.

Kriesha Chu stated, “I must really come again”. While Cosmic Girl’s Mei Qi added that she was the first member to represent the Cosmic Girls and she truly enjoyed being on the show. At the end of the show, Lee Guk-Joo stated, “Even though the women’s team won the game, the men’s team also worked hard so the presents will be distributed evenly.”